For the approaching Halloween season, we have compiled a collection of five terrifying flicks to expose you to and enthrall you in the world of horror. 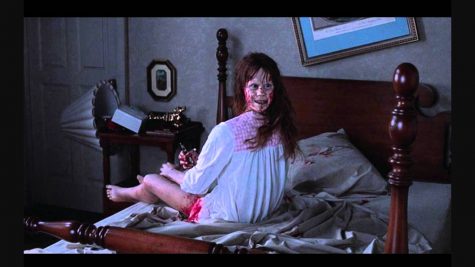 A classic; “The Exorcist” (1973). Receiving an eight out of ten stars on IMDB and an 87% fresh rating on Rotten Tomatoes, the original exorcism story was ahead of its time. When medicine and psychology fails a mother and her ailing child, the only explanation is found when two priests propose that she is possessed. Green puke, crucifixes and unexplainable moving objects make this film menacing, but the psychological tricks played on the priests are what really make it unnerving. For example, the girl possessed previously had no knowledge of the young priest’s ailing mother, yet in a bout of rage, she screams at him that his mother does not want to be “locked up” in a home. This movie is different from other horror flicks because like a sitcom, it switches scenes and settings often, changing the level of excitement in each scene. Introduce this film to your friends who are convinced new-age horror films are best, because nothing beats the original. Rated R for disturbing images, language and sexual conduct. 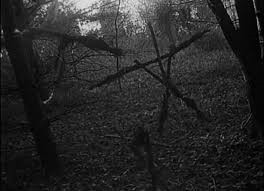 Campy horror; “The Blair Witch Project” (1999). In only one hundred and five minutes, “The Blair Witch Project” finds new horrifying ways to be lost in the woods. Shot as a “found footage” film, the audience is immersed in the characters’ world, seeing exactly what they see lurking behind the trees. An urban legend is the subject of this documentary, and the film students must determine the truth behind the rumors of the forest. Cast and fans alike are left to wonder if navigational errors or a trick of something supernatural leads to their demise. Tempers flare with increasing activity, creating a feeling of hopelessness for escape from the Blair Witch. Best for a night on the couch with friends and popcorn (or candy corn)! Rated R for language and peril.

New-age classic; “The Grudge” (2004). While living in Tokyo, Japan, an American nurse played by Sarah Michelle Gellar, experiences an evil presence in the home of her client she is caring for. What was supposed to be a one day job covering for the regular caregiver, turns into a murder investigation, tied to the ghost of a child and woman. Gellar’s character investigates for herself and is dragged down a path which puts her in danger in order to find the truth. Flashbacks provide information for the origins of this horror story, and filming and production in Japan gives a level of eerie authenticity to the story. Rated PG-13 for disturbing images and plot details. 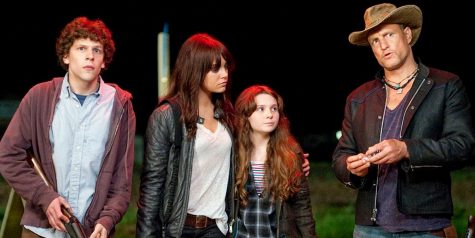 Light-hearted horror; “Zombieland” (2009). Featuring Woody Harrelson, Jesse Eisenberg, Emma Stone and Abigail Breslin, witty banter is sandwiched between rules of surviving Zombieland and throwing axes at the ravenous dead. Eisenberg’s character, Columbus teaches the ways of scrappy survival, while Harrelson, Stone and Breslin teach him some lessons about survival as well. A comedic prequel to the Walking Dead era, “Zombieland” provides the creepiness and gore of an apocalypse with enough comedic relief in the action to refrain from being overwhelming. Grab some Code Red Mountain Dew and Twinkies for the journey! Rated R for zombie gore, language and peril.

Childhood fears; “The Babadook” (2014). Have you ever read a storybook that sent chills down your spine? Maybe the illustrations looked a little off, or the meaning behind the simple-sentence storybook wasn’t so kid friendly? “The Babadook” taps into these childhood fears of what hides in the dark, waiting for everyone to fall asleep. Below the surface jump scares, this film touches on themes of loss, struggling to fit in and family. The layers of this story take the audience through a rollercoaster of emotions accompanied by beautiful cinematography, chilling dialogue and a mysterious imaginary friend. Not Rated, however there are disturbing images, language, instances of peril and violence and one sexual scene.